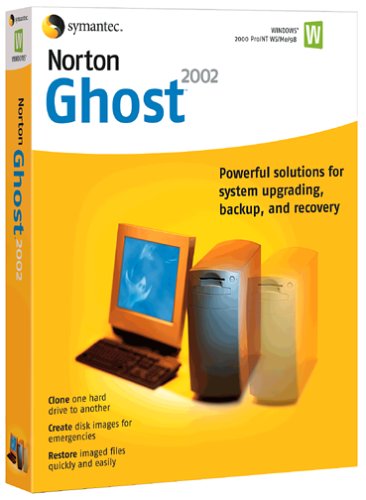 Ok, Norton Ghost 2003 clearly has problems with HDDs >= 1TB in size. Symantec Ghost Corporate Edition 11.5.0.2165 (is that the latest update?) does indeed support DOS (and I think HDDs >= 1TB as well). However, the latest Norton Ghost 14 seems to have abandoned DOS altogether in favour of a VistaPE CD or something.

Ghost has had an interesting evolution through the versions. Ghost 2003 was the last consumer version of Ghost that used DOS and the virtual partition method for imaging. Starting with Ghost 9, the consumer version used Win PE for image restores and the powerquest based technologies found in Drive Image, Live State Recovery, and Backup Exec System Recovery. Meanwhile, Ghost corporate became the Ghost Solution Suite and is up to GSS 2.0 the last I heard. I believe GSS 2 will support greater than 1 TB, but I'm not sure. I would recommend going to the Enterprise forum at and asking there.