Released their first two cover albums on limited edition multi-colored splatter vinyl recently as 'Reanimate: The Covers Collection (2011-2014),'and it's one of the best looking splatter packages I've seen in a long time. When this journalist asked lead singer and guitarist Lzzy Hale via Twitter about how the colors were picked for this release, she said, 'We all did! Mostly @Jodowa and @TheJoeStorm,' referring to bassist Josh Smith and guitarist Joe Hottinger. Serial Contpaqi there. For the record, Reanimate 1 is a green and black splatter vinyl and Reanimate 2 is an orange and black splatter vinyl. These vinyl albums have previously been available as CD's and digital downloads, but never before have they seen a vinyl release.

Previously, only 'The Strange Case Of.' Had been offered on vinyl and now Halestorm have released 'Into The Wild Life' on red, blue, yellow and black vinyl, with the colored editions being limited to 1000 copies each. The limited edition on 'Reanimate: The Covers' was limited to 2000 copies only and is still available on the official Halestorm website. 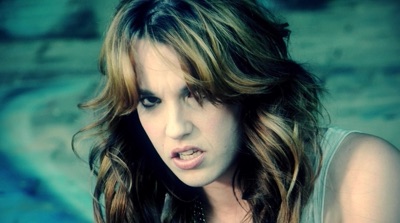 This album offers the band a chance to show off their skills beyond songwriting as this is a performance based release. It connects the band to fans through mutually beloved music, so in a sense it digs kind of deep into who the band is influenced. Perhaps the best track of the whole deal is 'Hunger Strike,' where Lzzy Hale absolutely dominates her performance of the classic track. The biggest disappointment with the release is that the cover of 'Out Ta Get Me' was a digital-only track, limited to the included download card which was redeemable for the full album.